A memorial for Ciudad de Barcelona

An initiative for a monument in Barcelona

A project for unity!

The brigadists stood for solidarity, justice and freedom; for an equal world for all humanity. In this time when right wing popularism is achieving large votes in various places around the world, it is more important than ever that we combat bigotry and blame towards foreigners, immigrants and refugees.

The International Brigadistas came from across the globe in the late 1930s to stand alongside Republican Spain in the civil war, united to stop the rise of the fascist far right.

On 30th May 1937, the Ciudad de Barcelona, a ship bringing around 300 brigadistas from France, was sunk by a fascist torpedo just off the coast of Malgrat de Mar, Catalonia.

In this the 80th anniversary historical research is still being carried out as the ship was sailing in clandestine conditions. We know now of at least 45 people that died that day, many would have died unknown, lost in the sea. Local people in Malgrat de Mar set to the rescue and saved many. Still many of them were trapped in the ship, witness accounts say the brigadistas sang the Internationale as they sank to their deaths. 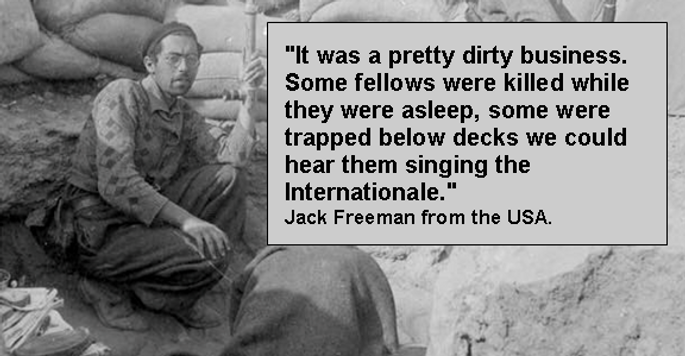 These heroes gave their lives for the dream of a better world for all. They were not defending a country they were fighting for an idea: Complete equality for all humanity.

We must not forget them or the local people they came to stand with. What they all fought for are valuable lessons in today’s world. Help us spread them!

We want to create a memorial to honour both those brigadistas and the local people of Malgrat de Mar and we believe the best way is by bringing the local and international communities together once again. That is what the project Solidarity Park is about!

What are our key objectives?

The project participants are a wide mix of volunteers; local people, historians, families of brigadistas and people internationally. The concept design has been created by Catalonia-based British artist Rob MacDonald and visually brought to life by a young local architect, Jordi Ribó Moncusí.

We want to continue to extend this community in the development of the project; including:

The artists inspiration was taken from the reports of the Brigadistas singing the internationale as the boat sank. This includes accounts of the artist’s namesake “Robert Macdonald”.

Solidarity park is visualized to be a place of use where people could sit, interact and contemplate on these valuable lessons of the past. 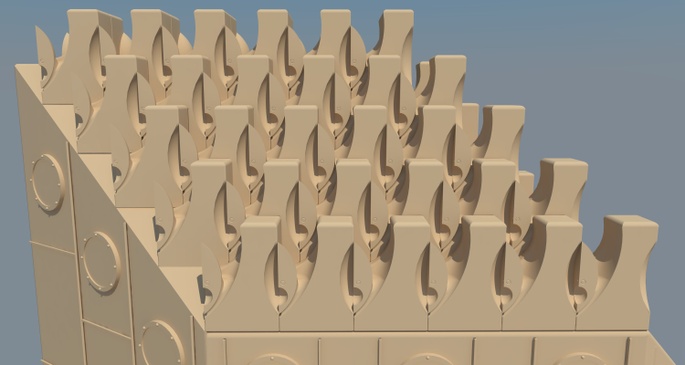 The art work consists of 60 sculpted figures depicted singing aboard a conceptual ship, which has seating designed as waves. Each sculpted figure will be identical in form, representing the unity of the struggle of the Brigadiers, but each will have individual carved features thus expressing the diversity of us all.

Included on the sides of the sculpted monument will be “community portholes”. They will be stone carved windows to the past, telling the story of the wider events of the day. It is intended that these will be designed by local secondary school students.

The real ship may have sunk, but this conceptual ship will not, instead it will be riding high across a stone patio map of the world, thus making it a symbol of the resilience of human solidarity. 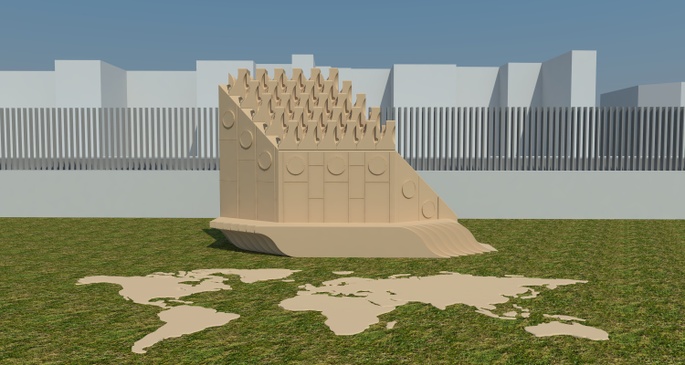 What does the money pay for?

The target of €15,500 is for the first phase of the project. When complete, the sculpted art work will be donated to the local council who, together with us, will implement the works.

With this money we will be able to:

This budget is the minimum, it will be supplemented by everybody’s volunteered time. It is hoped we can exceed our target and extend local workshops and other initiatives.

So we are now calling on you, to volunteer your money and time to make this project happen. Please donate and share.

Join the Facebook group – stories, full gallery of images, designs, regular updates on process and on how we spend the money. “Ciudad de Barcelona 1937 Memorial” www.facebook.com/groups/1613273978897986

Further information on the events of the day

Interview with artist on project –

Gallery of Images of the Project –https://ciudadbcn37.wordpress.com/images/

More information on the artist – www.robmac.eu