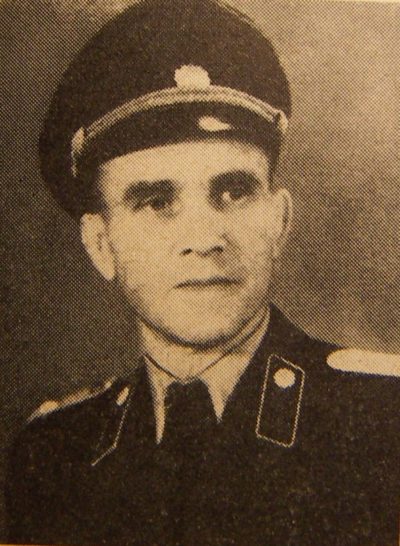 Adolf Lemke was born in Hamburg 21 January 1904. Here he apprenticed as a blacksmith. From 1922 to 1923, he worked at the Blohm & Voss shipyard, but was dismissed because of his participation in the general strike and the Hamburg Uprising. Lemke then became a sailor and stayed in Canada from 1927 to 1930. He returned to Germany in 1930.

Lemke was an excellent athlete. He was a skilled wrestler who, in Antwerp, defeated the then European champion, among others. In 1931 he represented Germany at the European Championships in Budapest.

Adolf Lemke was politically active in Hamburg in the international club; International of Sailors and Harbour Workers (ISH). On the basis of his English language skills, he became a harbour agitator in the Anglo-American section.

After Paul von Hindenburg‘s handover of power to Hitler in 1933, Lemke was arrested for illegal activities by the Gestapo 8 March 1934 and taken to the Fuhlsbüttel concentration camp; ‘Konzentrationslager KoLaFu’. After 14 months of imprisonment and torture, he was indicted for high treason. However, the possession of Communist literature was the only evidence the Gestapo had, so they had to drop the accusation of high treason. 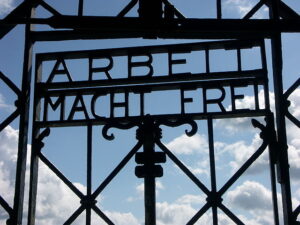 The punishment for possession of Communist literature was none months in prison, which Lemke had already served whilst under interrogation, but the Gestapo was not interested in releasing him. He was immediately transferred to Dachau concentration camp and put in an unlit cell for six weeks. Adolf Lemke was kept in Dachau for 22 months, where he was severely mistreated and tortured.

On 22 April 1937, Gestapo he was brought him back to Hamburg. He was placed under police guard and taken to the hospital.

It took Lemke four months to partially recover. Shortly after his release from the hospital, he fled to Holland with the intention of going to Spain to fight in the Spanish Civil war. He succeeded.

In November 1937, Lemke was assigned to the anti-aircraft battery Argument Dimitrov.

During his time in Argument Dimitrov, he kept a diary. His notes clearly communicate how unequal the struggle was; here are some examples:

March 27 1938 The enemy has discovered the position of our battery. 51 German bombers shower our position with bombs. We shoot down four aircraft. Two of our comrades are killed by the bombs and several are wounded.

March 29 1938 Altered position. We had barely taken up our new position before we are attacked by 82 Heinkel and Junkers bombers … When one of our ammunition cars with 160 crates of grenades is hit by a bomb, we jump into our trenches. We have three dead and four wounded comrades. We shoot down a bomber and two other aircrafts collide and crash.

May 18 1938 Our battery is bombarded twice by 36 Heinkel and 60 Junkers bomber aircraft … the bombers dive and fly right over our heads. We are short of ammunition. The word is that we only have 1400 grenades in Valencia. What are we supposed to shoot with?

June 9 1938 Non-stop bombardments. The huge amount of material the Fascists on the Levante Front has at their disposal is unbelievable … 90 fascist cannons are constantly shooting day and night for 14 days. – three anti-aircraft batteries against hundreds of fascist bombers …

Until February 1939, he was constantly on the front line in Spain. At the passage of the Pyrenees, he was arrested and interned in France.

Lemke was imprisoned in various camps in France and then in North Africa until his liberation by the Anglo-American troops in 1943. The Soviet Embassy enabled him to depart to the Soviet Union, where he remained until June 1945.

After his return to Germany, Adolf Lemke lived in Potsdam until his death 4 July, 1955.