Alfred Runge Erichsen – A Dramatic Voyage from Valencia to Barcelona 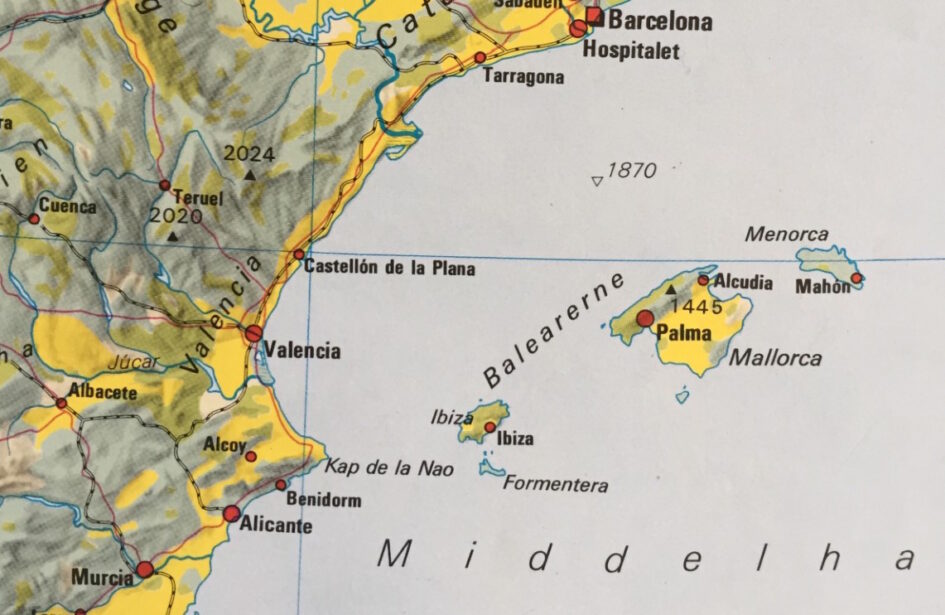 This is the story about and by Alfred Runge Erichsen, a Danish sailor who experienced two world wars and a civil war: during the First World War, he worked as a ship’s boy on vessels that transported weapons between the United States and Europe, during the Second World War, he was a resistance fighter in the Danish resistance movement BOPA and during the Spanish Civil War, he fought in the International Brigades

Alfred Runge Erichsen was born 21 March 1899 in Nørrebro, Copenhagen. His family was limited to a very meager living, why, at 14 years old, Alfred started working as a ship’s boy on a vessel sailing between Denmark and the United States. Given that this is during the First World War, Alfred embarked on dangerous voyages transporting weapons between the United States and Europe.

After the First World War, Alfred became a stoker. In the beginning of the 1930s, he went ashore and began work as a driver and removal man as he struggled to find work at sea. Alfred became a member of Danmarks Kommunistiske Parti, DKP (the Communist Party of Denmark) in 1927. 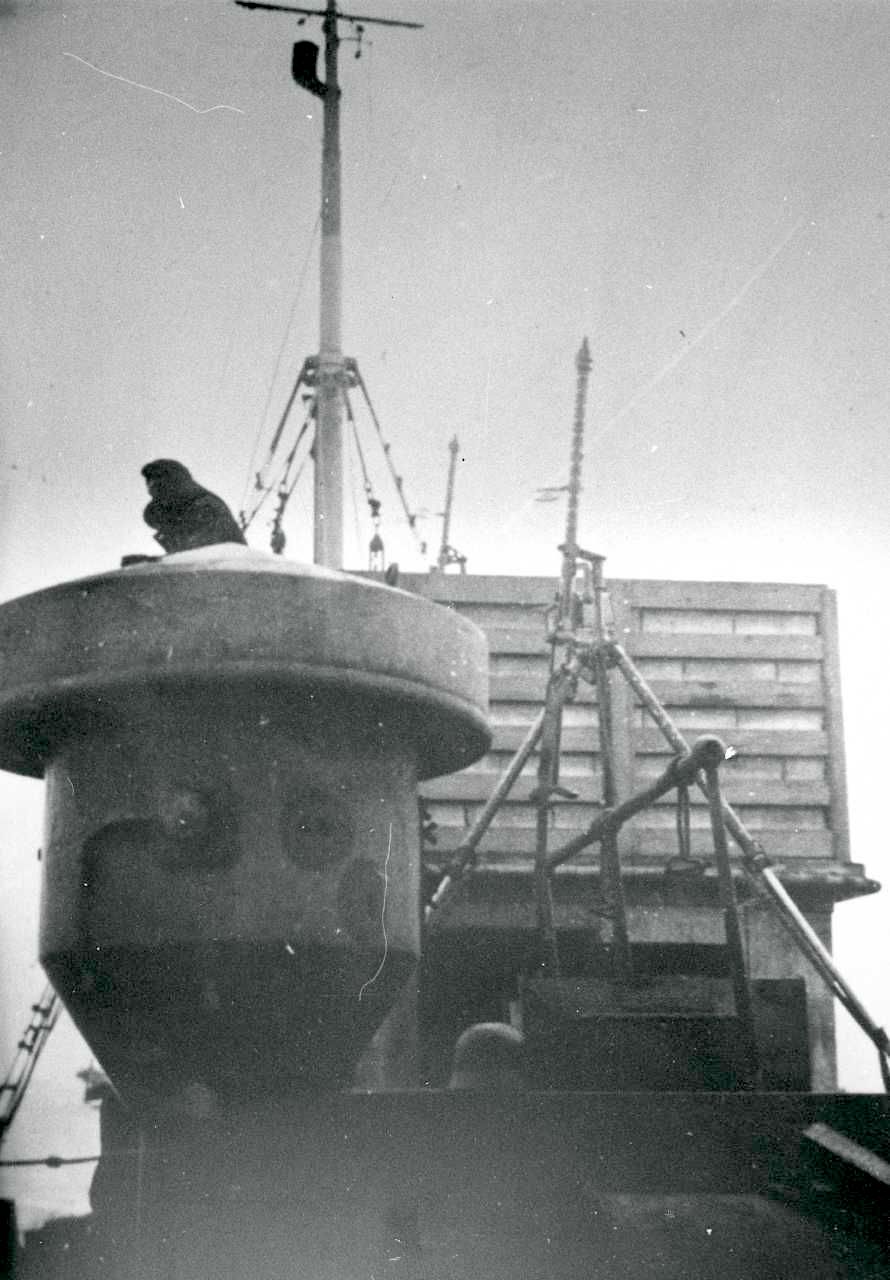 4 February 1937, he left for Spain and was enrolled in the XV International Brigade as a driver, was appointed sergeant and Brigade commander of the ambulance service and March 1937 he was transferred to the 69th Brigade (a mixed brigade, in Spanish, ‘Mixta’), the 47th Division. Alfred Erichsen returned to Denmark in February 1939.

As many other Spanish Civil War veterans, Alfred fought in the resistance movement BOPA [1] during the Second World War. On 7 October 1944, he was arrested by the Danish Police and incarcerated in the German section of Vestre Fængsel (‘Western Prison’―a Copenhagen prison used by the Gestapo during the occupation). Alfred Runge was subsequently convicted by a German court martial and transferred to Frøslevlejren (‘Frøslev Prison Camp’). 29 November 1944, he was sent to Neuengamme Concentration Camp, where the Nazis gave him prisoner number 67.101.

Returning from Neuengamme the summer of 1945, he resumed his former work as a stoker and union representative on a number of ships, including the M/S Anna Mærsk. His last known address (from 1951) was 1st floor, left-hand side, 16A, Holbergsgade, Copenhagen 1057. Alfred Runge Erichsen died 1 July 1999 in Copenhagen.

As most communists and left-wingers, Alfred Erichsen attentively followed the events in Spain. He soon decided to volunteer. Later in life, people often asked Alfred why he ventured to Spain and his answer was always the same: “There was no doubt in my mind that I had to go to Spain to show my solidarity with the Danish workers and the Spanish people.”

Two years as an ambulance driver

Alfred left for Spain in the beginning of January 1937 and arrived in Albacete [2] 4 February. By choice, he became an ambulance driver. By March 1937, Alfred was a driver in the 69th Brigade, 47th Division and was later transferred to the International Brigades. He was a driver by profession and he believed that becoming an ambulance driver was the best and fastest way to make himself be useful. 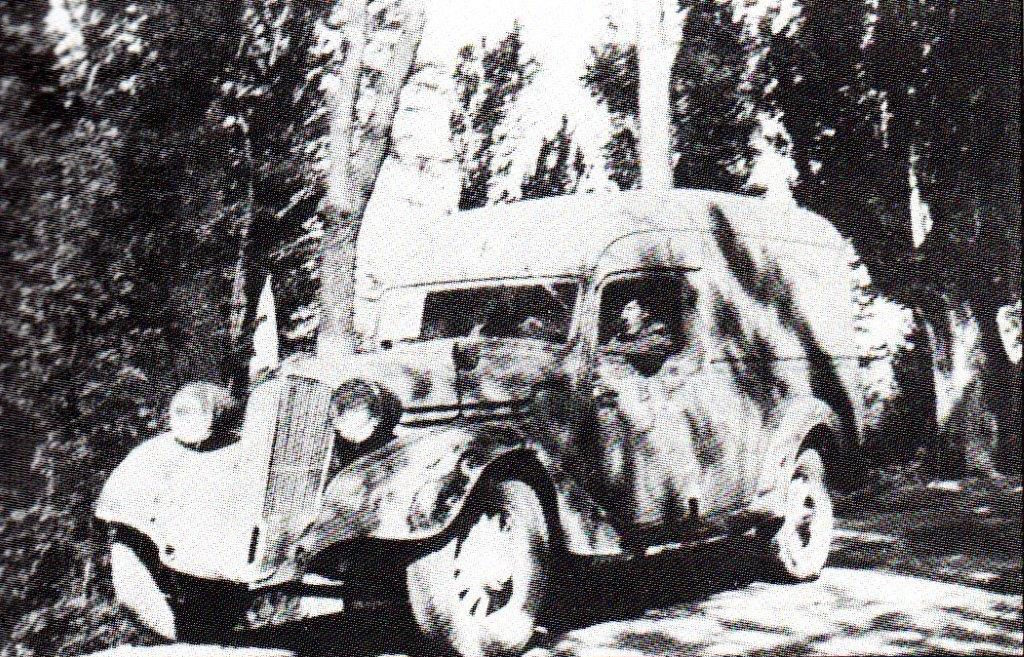 For more than two years, Alfred drove an ambulance almost non stop in central Spain. The fascist made sure that he got a break now and again—three to be precise: the first two breaks when he was hit with shrapnels and the third one when he was wounded by a machine gun touch shot in his right leg.

Rather die standing than live on their knees

Alfred wrote several letters to his family and friends in Denmark, a couple of which were published in Arbejderbladet (‘The Worker’s Paper’) [3]. In one of his letters he writes about life at war and the situation in Spain at the close of 1938 and the beginning of 1939:

“There are a lot of things you could say about the war, but there is one thing in particular that I need to repeat and that is the heroism of the Spanish people and the Spanish soldiers’ outstanding camaraderie. Getting to know the Spaniards, we have learned that surrendering to the rebels is not an option. They have made their choice: they would rather die standing than live on their knees [4]. The Spanish people are drawing on proud libertarian traditions and refuse to live as slaves in a fascist, colonial empire like Italy. Even if Catalonia were to fall, it does not mean that democratic Spain will give up the fight, far from it.”

Alfred continues: “The conservative press carries stories that have no grounding in reality. I read, for instance, in the 30 January edition of Berlingske Tidende that the government, Prime Minister Negrín and Foreign Minister del Vayo have fled with all of Spain’s valuables. It is, of course, totally false.

On 29 January, Negrín gave us a speech in Figueres. He implied that the catastrophic shortage of weapons might lead to the abandonment of Catalonia, however, in the same breath he emphasised very strongly that we should not reach the conclusion that the republican government were to give up the fight for Spain’s freedom and independence on that ground. It would simply mean that the actions on the front lines of central Spain had to be intensified substantially. 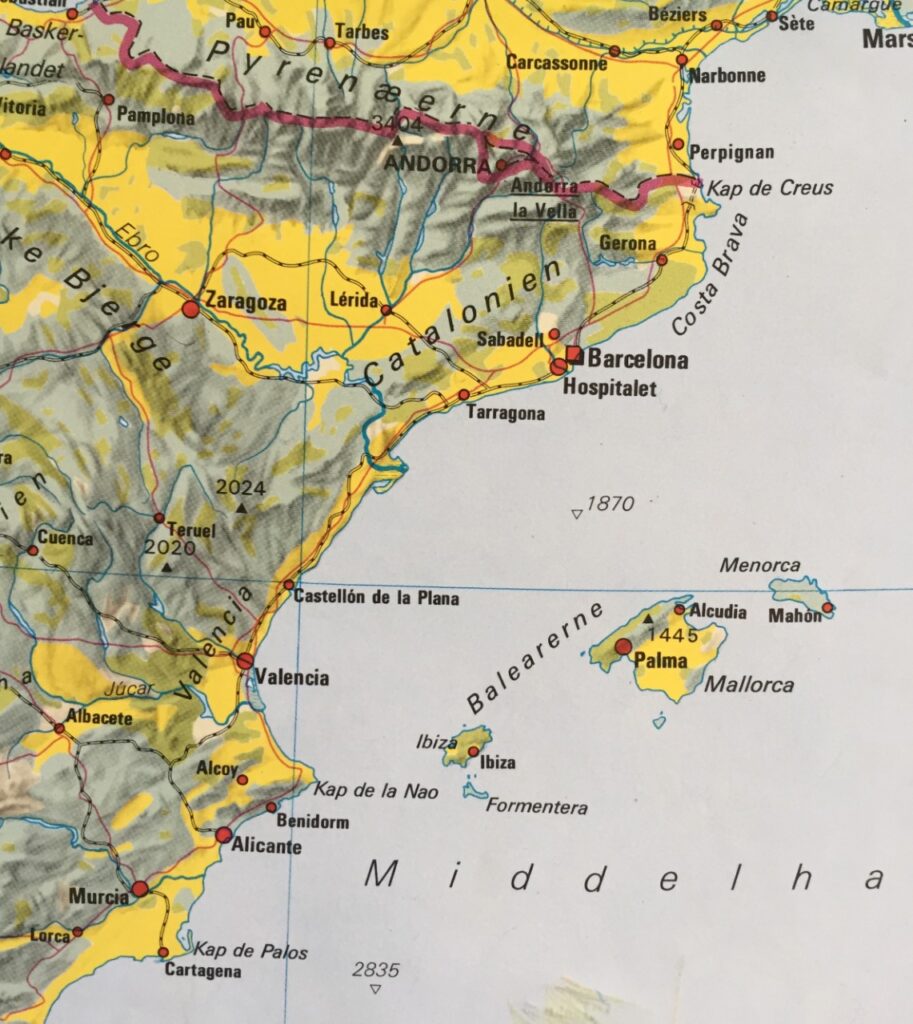 Dénia is located just west of the Cape de la Nao, towards the coast. The fascists controlled the waters of the Balearic Islands and the waters from the province of Castellón towards the city of Tarragona

But, I repeat, we left Dénia 17 January by rail to Valencia. Once in Valencia, we waited five or six hours before we, and 1.500 other volunteers from the International Brigades, were crammed into the hold of a combined cargo and passenger vessel—a so-called banana ship.

We knew that we were embarking on a dangerous voyage although the distance from Valencia to Barcelona is only approximately 16 hours’ sailing time. Before we weighed anchor, the brigadists were strictly instructed to stay off the deck, and then the ship departed.”

A foolhardy skipper and a minor skirmish

“Our skipper was more than bold. The ship fully illuminated, he sailed right past the fascist costal area bristled with Franco-cruisers and armed trawlers. And it worked out well until we were reached a distance of a five or six hours’ navigation from Barcelona. Then suddenly we received at Morse Code to stop. It came from a Franco-cruiser engulfed in complete darkness. The next Morse Code they send was: ‘Who are you, what are you carrying and where are you heading?’ I know because I—and some twenty other volunteers—were on deck answering the call of nature. I don’t know what our skipper’s reply was, but he must have made something up, and during the night a new name had been painted on the ship ensuring camouflage.

In the mean time, dramatic scenes played out on deck. Immediately after the Franco-cruiser had begun to Morse, our ship officers came down from the bridge and shouted: ‘All hands below deck’, but nobody obeyed the order. You have to understand that most volunteers had been at the front for years and were more or less nerve-racked. The officers repeated the order. Still, nobody reacted. They then asked whether there were any officers among the volunteers on deck. Having been a sergeant, I announced myself and so did an Austrian who had also held a command post.

– What are we going to do? The officers asked us.

– You have no choice but to draw your revolver, we answered.

And they did, but nobody went below deck. Then suddenly, the searchlight of the Franco-cruiser cast its penetrating, white beam over the ship and my comrade and I saw no recourse but to throw our bodies into the men at the cargo hold entrance. We all fell head-first into the hold and got a good old-fashioned beating, but the officers were able to put in the hatches and we were off the hook.”

In Barcelona prior to the rebel invasion

About his journey to Denmark and his wish to continue his support of Spain against the fascists, Alfred writes:

“We arrived in Barcelona and stayed for two days. The day prior to the march of the fascists on Barcelona, we left the town and traveled to Figueres and on to the camp at Fortis. Although these cities were subjected to aerial bombing every single day, there was not the slightest sign of panic. And yet, some of the worst devastations of the war occurred here. Imagine relentless processions of distraught refugees, emaciated children and women dragging themselves along the road mile after mile. People by the hundreds will never reach their destination; they drop dead on the road—from hunger and exhaustion, other hundreds are mowed down by fascist aircraft machine guns or blown to atoms by the Italian bombs.

Last Sunday we crossed the French border and continued our journey home.

Many of us wanted to stay in Spain and continue the fight. Six men volunteered at the camp and the question was raised whether anyone would want to come to the front again. But Negrín instructed them not to go and said: “All volunteers who are eligible to re-enter their country of origin, must return home.”

Witnessing the deplorable condition of the refugees over the recent weeks in Catalonia, has, more than anything else, reinforced the conviction that we have an immense responsibility. We will continue the fight back home. We cannot simply stand by and watch hundreds of thousands of women and children die from hunger and distress. But Spain must have weapons to defend itself.”

[1] BOPA is an abbreviation for Borgerlige Partisaner (‘Conservative Partisans’). Despite its name, the movement largely consisted of communists.

[2] Albacete was the national headquarters of the International Brigades.

(3] Arbejderbladet was a newspaper issued by the Communist Party of Denmark until June 1941. March 1942 the paper was renamed to Land og Folk (‘Land and People’).

[4] This is a variation of a quote by Mexican revolutionary, Emiliano Zapata, born 8 August 1879, assassinated by government forces in Morelos, 10 April 1919.