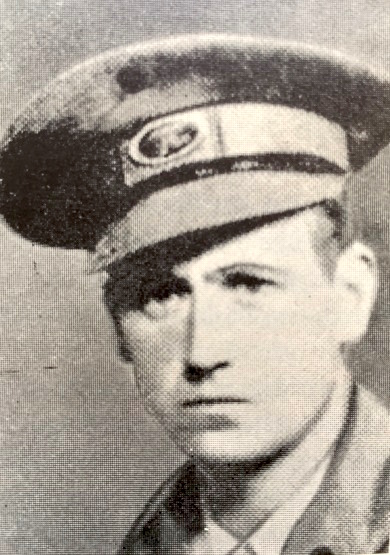 16 April 1937, Bernhard Larsen sent a letter to Arbejderbladet (‘The Worker’s Paper’) in which he writes about life as a soldier in the Thälmann Battalion during the Battle of Jarama and later at the Guadalajara Front, where the Italians faced a major defeat. From a letter to his brother, Svend Osvald, we learn that Bernhard reflected on what was to happen, if he did not survive the war

By Allan Christiansen/Revision and translation (from Danish) by Maria Busch

You havn’t heard from me in quite some time, so I’m going to tell you a little bit about the battles at the Guadalajara Front.

The whizz of bullets

We had returned from the Battle of Jarama — I can’t remember the date — and were transferred to the Guadalajara Front, which is in a high-altitude area, and it rained and snowed for two days. It’s not funny at all to be at that altitude.

In the first couple of days, we didn’t see much of the fascists, but then the day came when we moved forward. We ran up a hill and that’s when the war really started. The bullets whizzed by our heads.

Being a machine gun squad leader, I settled us into fighting position. Shortly after, a Dane serving my machine gun was shot in the back. His injuries weren’t that serious and we continued shooting at the fascists for a while. We shot a lot of fascists with our machine gun, mainly because of our gunner, a Swede. We are considered to be the best machine gun crew in the Thälmann Battalion.

When we were ordered to take up different position, I went out to find a new machine gunner. I had not gone very far, however, when I took a round in the back. I was not seriously wounded, though, and was able to walk to the combat medic and get patched up. I could have had two days of recovery, but I would rather return to my comrades.

Making my way back to my comrades, I met them in full retreat. It was, however, a deliberate retreat to lure the fascist into a trap —and they plunged right in. We turned our machine gun and started shooting at the fascists. A great number of them fell, and they were all Italians. The bourgeois press can no longer claim that there are no Italians at the front. We have seen it with our own eyes, and we’re not talking about a few Italians; hundreds of Italians lay scattered around us like dead flies. That day ended in a fascist defeat. We captured a fair amount of machine guns and rifles and took a lot of prisoners.

Formation of the first international Brigade: the Centuria Thälmann, Barcelona, 1936

Fleeing fascists leave behind their equipment

Afternoon the following day, we advanced again. You should have seen them running. They ran like clappers to get away, leaving behind rifles, blankets, gas masks and other stuff. Afterwards, the Spanish press noted: We have no objections to Mussolini interferring in the war as long as he procures war material in this fashion. We have “received” more than 100 cannons, approximately 15,000 rifles, almost 200 machine guns, two million cartridges, quantities of cannon ammunition, more than 100 cars and trucks and more than 100,000 litres of petrol. On top of that, the overwhelming amounts of food, blankets, mess-tins and all kinds of equipment. And several of our comrades are now smoking Italian cigarettes.

The next day we recaptured three villages and came into possession of an additional quantity of war material. The past few days have been rigorous, days of constant, fierce fighting. After 20 days of fighting at the Jarama Front, we had three days of rest before leaving for the Guadalajara Front and 17 days of fighting.

We are resting now, but when you receive this letter, we are probably back at the front. We do not know where, as Thälmann is a “flying” battalion. We never know where we are going, the only thing we do know for sure is that we are going to where the heaviest fighting takes place. But who’s complaining? We have come here to fight fascism and we know that the Thälmann Battalion will play its part in throwing fascism out of Spain.

FROM BERNHARD’S LETTER TO HIS BROTHER, SVEND OSVALD

If I fall, take my place in the Party 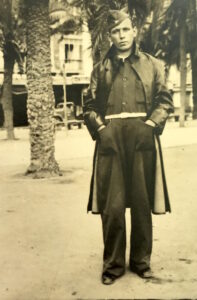 It is a serious situation with which I have engaged myself, but I am happy to join in the fight against fascism. If I am to fall in the war, I hope that you will take my place in the communist party in Denmark, it should not be left empty. I hope that you don’t have to. I hope to return and visit you all. I have had some close calls: I have been hit by a bullet and another bullet hit my rifle — it was my rifle that saved me. It is my deepest wish that you were down here too, but you can join me the next time — maybe Denmark is the next time. I’ll be there.

One of Bernhard Larsen’s wishes came true; his brother, storage worker Svend Osvald, joined him in Spain. Under Bernhard’s command, the two brothers fought together at Quinto, where they were both wounded; Svend was shot in the lung, but survived. Bernhard was shot in the stomach and died 27 August 1937 in a field hospital in La Ceilos. He was 27 years old.

A LITTLE BIT ABOUT BERNHARD LARSEN

Little is known about Bernhard Larsen’s life beyond his time in the International Brigades. We have managed, however, to find some genealogical information.

Arbejderbladet was a newspaper issued by the Communist Party of Denmark until June 1941. March 1942 the paper was renamed to Land og Folk (‘Land and People’).