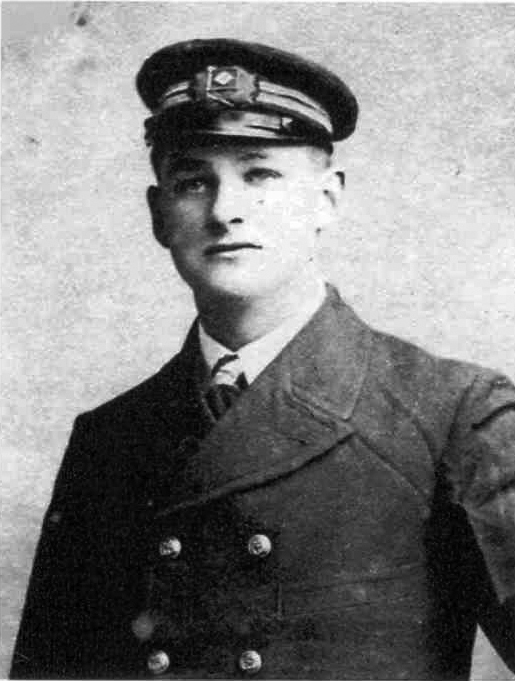 Captain Archibald Dickson is a Welsh hero of the Spanish Civil War. Dickson and the crew of the SS Stanbrook rescued thousands of Spaniards from advancing fascist troops. They are now honoured both in Spain and Wales

According to French caricaturist and journalist, Jean Effel, something very special occurred when God, assisted by his little, keen angels, created Adam. They had given him everything we associate with a human being; skin, hair, bones and brain. God stops to think. In his hand he is holding the heart. He confers with his helpers — where to put it? Then he utters these wise words: “The heart is red and shall be placed to the left”.

The hearts of Welsh captain Archibald Dickson and the SS Stanbrook crew certainly were in the right place: towards the end of the Spanish Civil War, they saved several thousands of civilian, Spanish Republicans from the advancing fascist troops.

SS Stanbrook was the last ship to leave the port of Alicante before it was captured by Franco’s Italian forces in March 1939 — during the last days of the Spanish Civil War. On board were 2,638 civilian refugees, who were brought to safety in Algier.

Thousands more remained in Alicante. They were rounded up by Franco’s and Mussolini’s troops and brought to the notorious concentration camp Campo de los Almendros. Many were executed or died in horrendous conditions. 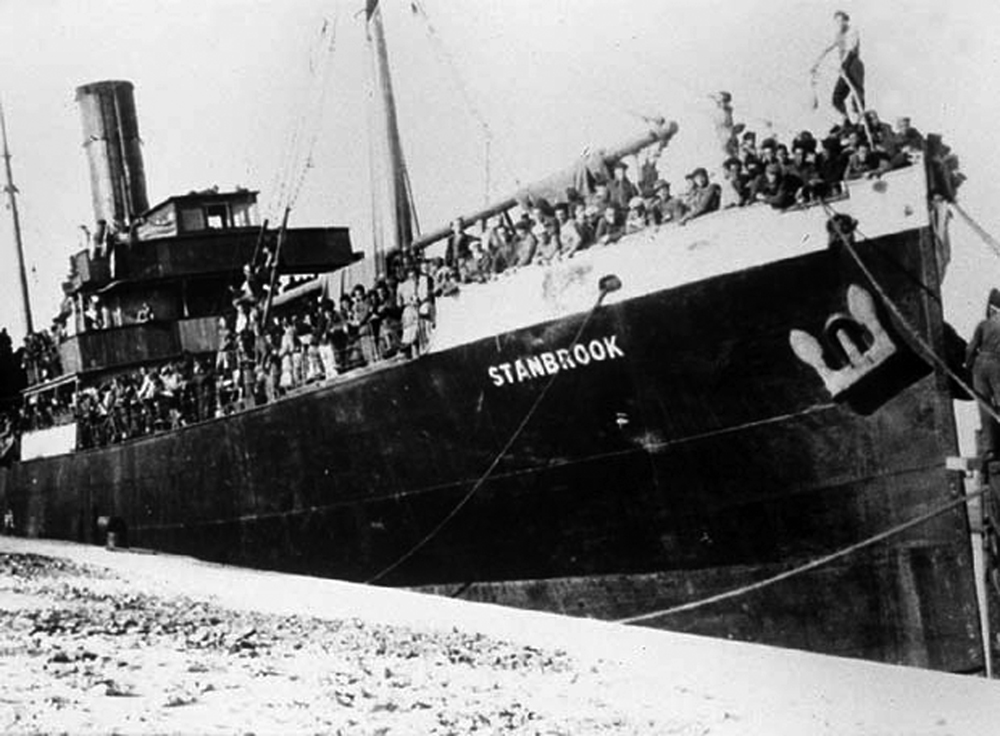 The old ship SS Stanbrook in the port of Alicante with 2,638 refugees aboard

Tragically, Archibald Dickson and his crew would lose their lives soon after their rescue of the Spanish Republicans. The SS Stanbrook was torpedoed and sunk by a German submarine 19 November 1939, at the start of of the Second World War.

A plaque in memory of Dickson and the Stanbrook crew was unveiled at the port of Alicante 30 March 2014 — 75 years after the SS Stanbrook’s departure from the port. 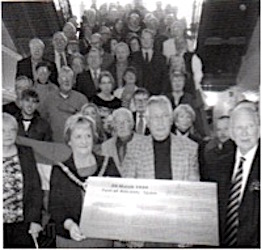 The plaque, with inscription is in English, Spanish and Welsh, is expected to be installed on the Cardiff waterfront in 2017 [2].

Some 29 British ships were wrecked or lost during the civil war as a result of fascist aerial bombardment and submarine attacks and dozens of seafarers were killed.

International Brigades Memorial Trust (IBMT) is probably the organisation campaigning most vigorously for greater recognition of the role played by British seafarers such as Archibald Dickson in breaking the fascist blockade of Spanish Republican ports [3].

[1] In an effort to make the authorities and the public relate to the Franco-era atrocities, Spanish popular based commissions have been created which, for instance, try to locate the burial sites of the victims of fascism, excavate the bodies and ultimately identify them.

[3] One example is the article “Remembering the seafarers who defied the fascist blockade of Spanish ports” chair of the International Brigade Memorial Trust, Jim Jump.