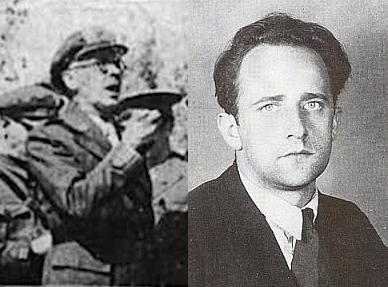 Many Germans crossed  borders in the struggle against fascism

When Hitler seized power in 1933, many Germans went into exile. Often they were smuggled across the German border into neighboring countries without identification papers.

When the Spanish Civil War began in 1936, many of these refugees went from the Netherlands to Spain. And later, when the Spanish Republic was defeated, many continued the struggle against fascism in other European countries and with many national groups.

Such was the case of August Levin

August Levin was among the many antifascists who left Germany and came to the Netherlands. He had fled the concentration camp Neusustrum, one of the Emsland concentration camps only few kilometers from the border of Holland in lower Saxony Germany, in November 1933. After crossing the border, he contacted the Dutch communist leader Geert Sterringa. At that time, the German Communist Party had a a well-functioning network in the Netherlands, for instance in Heerlen and Groningen, and was able to move money and illegal literature for the resistance from Delfzijl into Germany.

To Spain in the Chapaev Battalion

August Levin was assigned to this work and was chosen for a leadership role for the Central Amsterdam branch. (From 1931 to 32 he had attended the Communist Party leadership school in Moscow.) In 1934, he was transferred to the border area and was directly involved in smuggling illegal literature from Holland into Germany. Later, in October 1936, he went to Spain, where he fought in the Chapaev Battalion, XIII International Brigade. 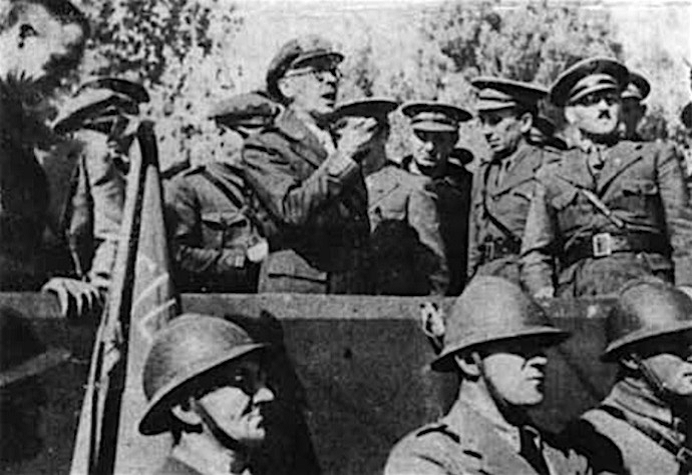 Because of the Spanish Civil War and the annexation of Austria and the Sudetenland, Germany exerted even more pressure on the Dutch government to intensify the persecution of German political refugees. At that time, Levin was working with a group of illegal German Communist emigrants in the Netherlands – including Eugen Schwebinghaus. 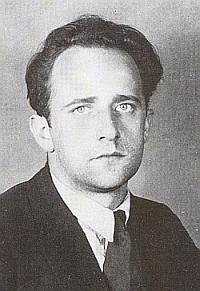 Among those in the Amsterdam leadership, was the former brigadista Eugen Schwebinghaus, who was contact point for the captured German emigrants.

Eugen was a carpenter. In 1922, he became a member of the German Communist Youth Party (KJD) and in 1924, the Communist Party of Germany (KPD). From 1931, he became a leader of the “Association of Proletarian-Revolutionary Authors” (BPRS) to January 1933, when the nazis seized power in Germany. He left for Paris, but later returned to work in the illegal leadership of KPD.

Eugen Schwebinghaus travelled via Prague to the International Lenin School (ILS) in Moscow. November 1936, he left for Spain to fight in the International Brigades. Following the collapse of the Republic, Eugen went on foot across the Pyrenees to France, where he was arrested by the French police and placed in the Le Vernet concentration in Ariège. By 1941, the French police handed Eugen over to the Gestapo that sent him to an internment camp from which he managed to escape, soon after, and flee to the Netherlands.

Once in Amsterdam, Eugen made contact with the German emigrant leadership and was assigned to liaise with German emigrants who had been arrested by the Dutch police. 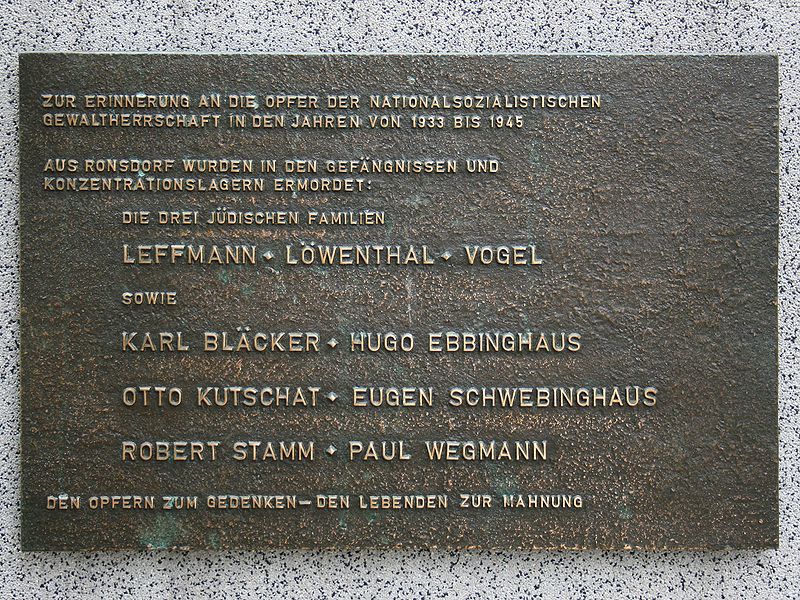 In the wake of the German invasion of the Netherlands, Eugen was arrested in Amsterdam on 23. April 1943 and sentenced to death. In a farewell letter to his family he wrote: “May the future be happier for you than the present”. On 24 August 1944 he was executed in Bruchsal prison.

In the German Democratic Republic, GDR

All through the Second World War, August Levin offered support for the illegal German emigrants in the Netherlands and collected donations for the resistance. In the Hague, he worked with his future wife Joanna, who was the liaison between the Communist Party of the Netherlands and the German emigrants. In 1945, they both travelled to the later German Democratic Republic, GDR.