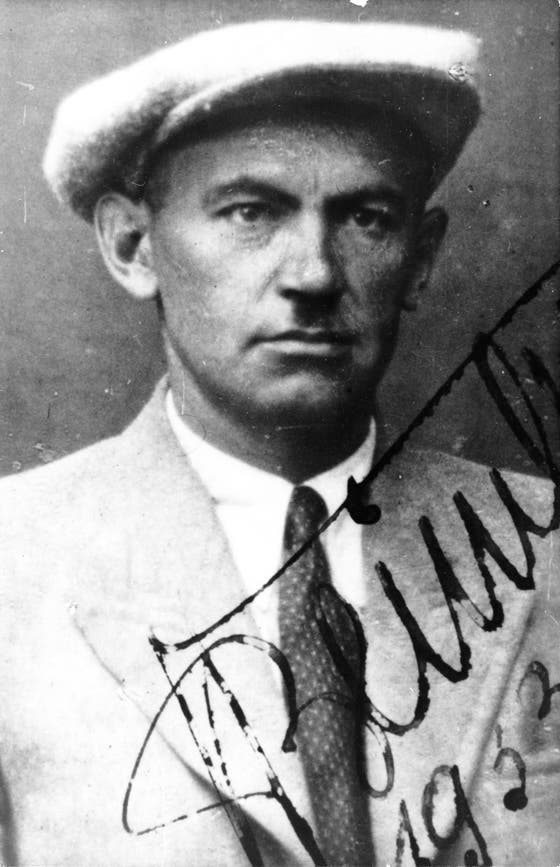 Hans Beimler was born in Munich 2 July 1895. His working class parents were not married. Three weeks old he was sent on a train to his grandparents in Waldthurn in the Upper Palatinate. Rumor has it that he was put in a wooden box with air holes and shipped by train to his grandparents. On the railway station at Frankenrieth, his grandfather picked him up in a horse and cart. The grandfather’s locksmith family was poor. The boy did not get a cradle, he only got a box, hence the nickname “Kistenböiberl” (box boy) which followed him the rest of his life.

In Waldthurn, he attended elementary school from 1901 to 1907. His schoolmates described him as a lively boy and a bit of a daredevil, who took a lot of beating. Hans Beimler wanted to become a confectioner, but was not allowed to as the blacksmith tradition went all the way back to his great-grandfather.

At the age of 16, after his journeyman’s exam, Beimler set off on his travels. He found work in a shipyard in Hamburg, and joined the German Metalworkers Association.

The workers’ and soldiers’ council

During the First World War Beimler was a corporal on a minesweeper in Cuxhaven previously in the Baltic Sea and later in the North Sea.

In Wilhelmshafen the vessel was forced to port because of the British sea blockade.

Beimler then learned about the Russian October Revolution. He later related that it was the “most tremendous and profound experience of my life”. 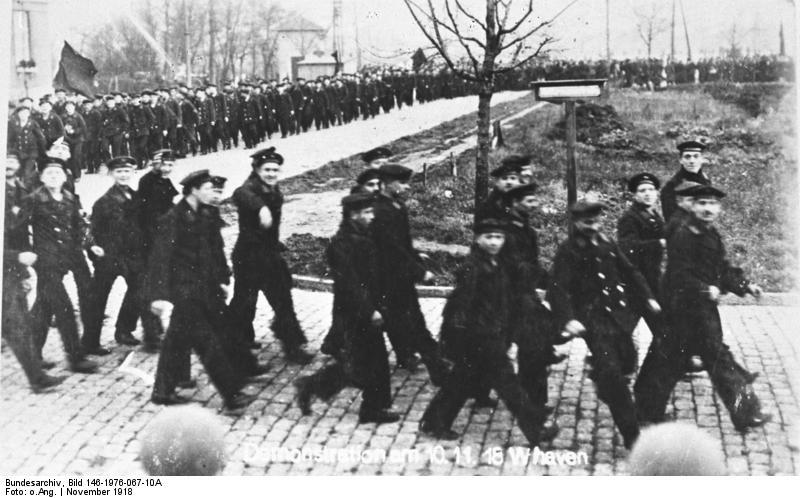 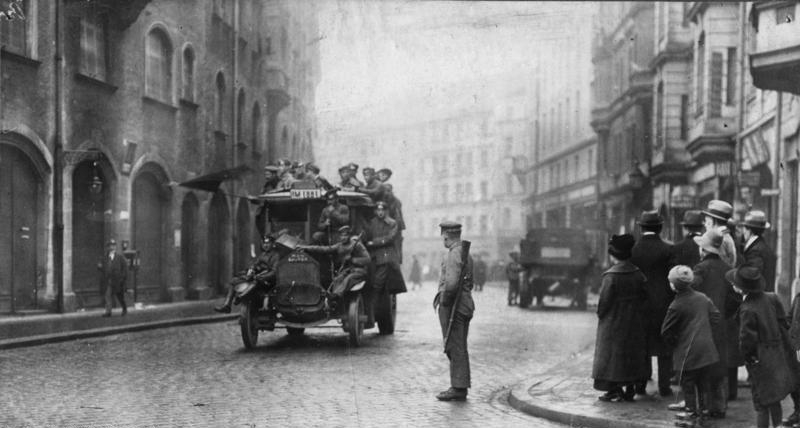 Hans Beimler returned to his homeland and became commander of the Proletarischen Hundertschaften (‘Proletarian Hundreds’) in the fights of Dachau. On 7 April 1919, the The Munich Soviet Republic was established.

The Munich Soviet Republic is defeated, the fight continues

Hans Beimler was appointed troop trainer of the Red Army in Munich. The battle was lost in 1919 and Beimler was briefly imprisoned.

Trying to prevent the transfer of Bavarian troops to the central insurgent area, he blew up a bridge. He was arrested and sentenced to two years imprisonment from 1921 to 1923.

After his imprisonment, Hans became a mechanic in the locomotive factory Krauß-Maffei. Being able to move freely between the departments, Beimler had considerable opportunity to engage in political activism

8 and 9 November 1923, the Nazis, led by Hitler and General Erich Ludendorff, attempted a coup d’état popularly known as the Munich Putsch or the Beer Hall Putsch. 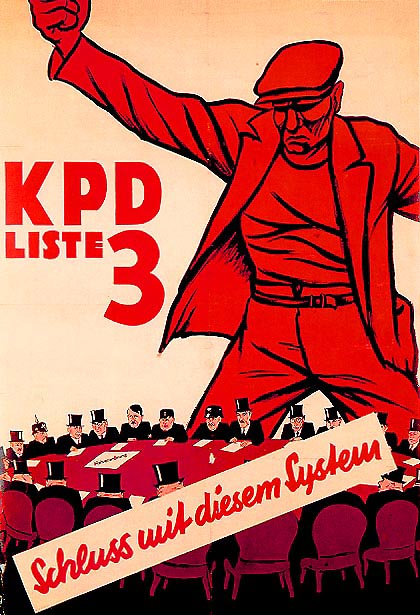 Call of the KPD

“Workers of Munich! Reactionism raises its head! Its goal is the destruction of the Republic and the establishment of a fascist dictatorship, its programme to eliminate democracy and the labour movement, as Mussolini did in Italy.

All wheels stand still, if your strong arm wants it! Sweep away the fascist and war-loving gangs by the powerful action of the workers! Social democrats, trade unionists, communists in a front against the free corps gangs, against the Nationalists and the clique of generals! Down with fascism!”

The SPD and the unions are hesitant. However, the workers marched against the putschists.

In 1925, Hans Beimler becomes a Workers’ Council member at Krauss-Maffei. The headline in the company newspaper ‘Der Rote Lokomotivfürer’ reads: “The old workers’ council is dead, Krauß-Maffei is now red!”

In the mid-twenties, the slander of the USSR increased, especially on the part of the SPD and its newspaper ‘Vorwärts’ (‘Forward’). An alleged letter of indictment from the Russian Putilov factories in Leningrad became an indictment against the Soviet Union. In response to these allegations, the‘Vorwärts’ editorial board received an invitation from the Putilov workers to come to the Soviet Union and investigate their allegations locally. The board did not accept the invitation.

Instead, a German workers’ delegation of Communists and Social Democrats went to the Soviet Union and were deeply moved by the proletarian solidarity they experienced in the factories, on the Red Square and in other parts of the USSR. The Social Democrats were deeply ashamed of the agitation by their leading paper, ‘Vorwärts’. 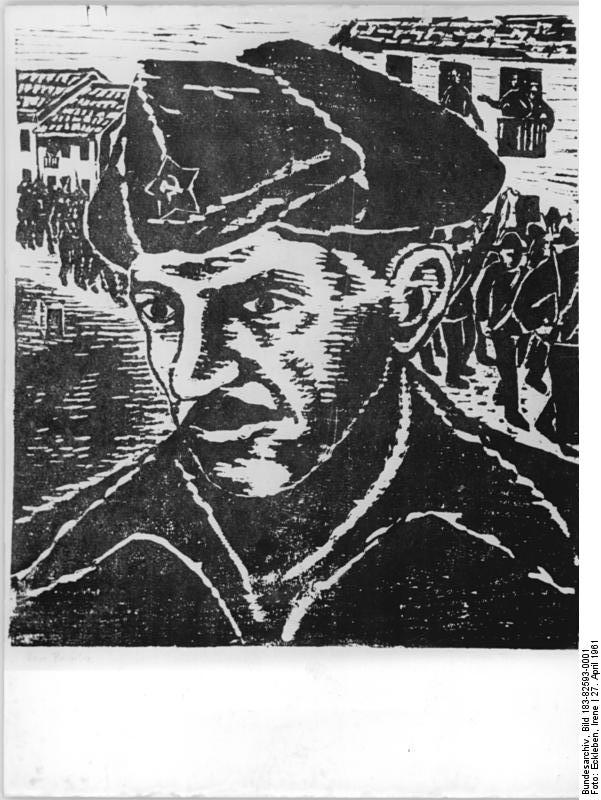 It was unbelievable what this country was already back on its feet following the devastations of the First World War and the Entente. Thus, the oil fields of Baku, destroyed by the English, were already operating again.

The experience in the Soviet Union, the proletarian internationalism burnt itself deeply into the heart of Hans Beimler. The SPD comrades wanted to go to the ‘Vorwärts’, as soon as they returned, to put an end to the slander and to report about the journey.

However, an article about their journey never materialised in the ‘Vorwärts’ neither did a retraction of its twists and lies.

The metalworkers’ union was not slow to act on Beimler’s activism. To the satisfaction of the reactionaries, he was expelled on the grounds of “communist activities”. That being, Beimler became responsible for the trade union work in the KPD district of Lower Bavaria. He was the top candidate of the KP in Augsburg and an assemblyman at the Augsburg City Hall.

Elected to the Reichstag

Later on, he became a representative of the communist party in the Bavarian State Parliament and was elected to the Reichstag in 1932.

Hans Beimler had always remained a militant worker, as this example from the Reichstag in 1932 illustrates; Clara Zetkin, the most long-standing member of the Parliament opened the Reichstag with the following words: 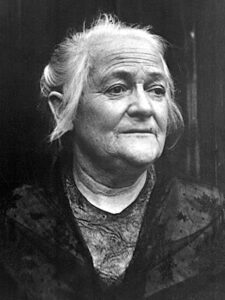 “The imperative of our time is for the united front of all labours to fight fascism and thus preserve the strength and power of their organisations for the enslaved and exploited. If we do not agree, fascism will take everything from us, democracy and life!

Before this compelling historical necessity in the struggle for freedom, we must overcome everything that divides us, or we will lose everything…”

Clara was then insulted by the reactionaries and Nazis, including a “lady” from the diplomatic rank. Hans Beimler, who was sitting nearby, grabbed this “lady” by the collar and carried her out. Her name was Emmy Sonnemann and her lover was Göring. Of course, such an event in the corridors of the Reichstag could not pass without violent clashes with the fascist bodyguards. The session of the House of Representatives had to be interrupted.

The end of the Weimar Republic, the start of persecution

Beimler was arrested on 11 November 1933. He is bestially tortured by the Nazis, and sent to the Dachau Concentration Camp. Beimler managed to escape from the Dachau Concentration Camp (later he writes the first authentic account of the imprisonment in Dachau) and find a safe hiding place in the sacristy of the local parish church after an intermediate hiding place with a party member. After a short period of rest, he escaped to Czechoslovakia.

Despite severe internal injuries, Beimler made it to the USSR where he recovered. The doctors did not have high hop; his stomach was destroyed and one of his kidneys was severely injured, the work of the Nazis. 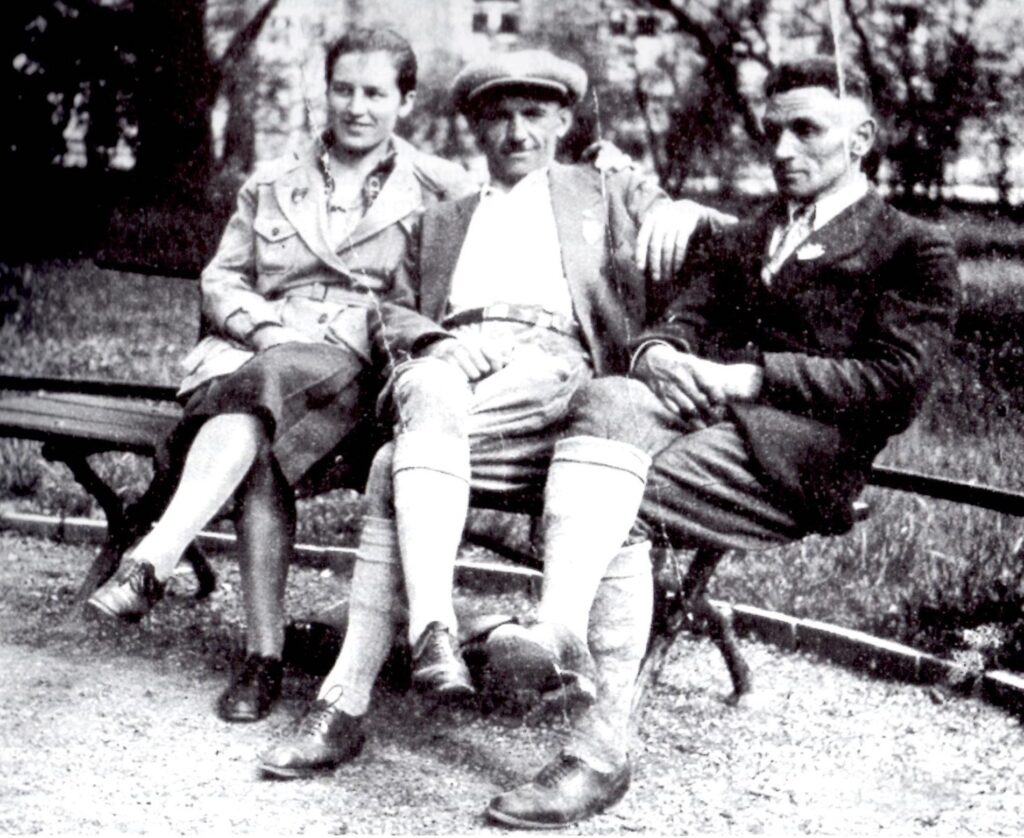 Centa, Hans’ wife, was held prisoner by the Nazis at this time. Hans suffered greatly. His son, 12-year-old Hansi, was in the Wasserburg forced education camp. Hiding with acquaintances, his little daughter Rosi was the only one who escaped the Nazis.

Reasonably recovered, Beimler went to Switzerland to organise the illegal fight from there. In 1936, Reading about the victory of the popular front in Spain in the newspaper ‘Züricher Nachrichten’ Beimler became inflamed as he recognised the fight against fascism in Europe could be turned.

Another good news reached him. Comrades had liberated his son from the forced education camp and brought him to safety. However, his wife Centa was still in custody.

Preparing the support to the Spanish Republic, The Comintern sent Beimler to Barcelona. At last, he was in his right element again. He was able to fight with a weapon in his hand against the fascist torture and murderer of his comrades. The organisational work for the structure of a powerful anti-fascist federations fight began. This included the reorganisation of the German-speaking anti-fascist transmitter.

On the essence of Hans Beimler

An Interbrigadist in the British ‘Daily Worker’ (5 December 1936): “He writes down what families are lacking, ensures that necessities are procured. Everyone knows, when you needs something you can always go to Hans, Hans will always help and knows how to help. As long as Hans is with us, we are not lost.”

“If you had met him, you would never have thought he was a Party ‘celebrity’; One of the most famous revolutionary fighters in front of you. He didn’t say much, but his great human warmth, his inner security and calmness were transferred to others, and I never witnessed anyone who walked away discouraged… He was not thrown off-balance easily. But when it happened he became a different man… His face became hard, closed, as if set in stone. His protruding cheekbones seemed even sharper… It is moments such as these that made me realise he had a tough vigour within himself, which, once unleashed, could hit you inexorably… But he never focused on himself, solely on the cause to which he devoted his life.

Beimler had succeeded in setting up a battalion, which did not yet have a name. The comrades jointly decided to call themselves Centuria Thälmann, although the battalion only consisted of about 80 men. The Centuria had its own banner made by an anti-fascist women’s group in Barcelona.

It also had its own song, The Thälmann song, which was sung on the march to the Aragon front. A social democrat and a young communist were the first ones to be killed at the Aragon front. They were buried together in one grave.

As more and more volunteers joined the Centuria, it eventually became the Thälmann Battalion. 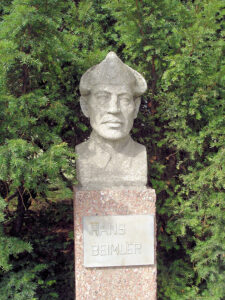 The death of Hans Beimler

In November 1936, the Battle for Madrid started. In the late evening of 1 December 1936, the Madrid radio station broadcasted this news: “Around noon today, in the trenches off Madrid, Hans Beimler, Member of Parliament for the German Reichstag and the first German War Commissioner of the Thälmann Battalion and the XI International Brigade, fell. The flags of the Spanish Republic are lowered in mourning for one of the great men who, in solidarity with the Spanish people, selflessly gave their lives for freedom and democracy.”

During the funeral procession from Madrid to his burial in Barcelona, more than 2 million Spaniards paid their last respects to Hans Beimler.

To this day, lies regarding his death abound. According to some sources, he was shot in the back by his own comrades, others that he was murdered by NKVD agents in the Soviet embassy.
Two Brigadists, who were present when Hans Beimler was killed, recount:

Brigadist Hermann Streit: “Both the embankment and the adjoining area overgrown with bushes were visible to the enemy snipers… I looked back and saw two men on the embankment, almost without cover, hit by the shots. They wore bright Canadian fur jackets.”

And later, after his return to battalion headquarters he wrote: “Only now I learn that it was Hans Beimler who was hit and dragged down from the embarkment, the other one was Louis Schuster.”