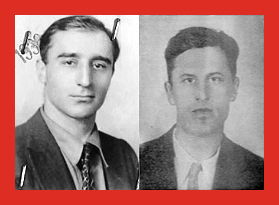 Harry Hynes and Joe Bianca were among the American maritime workers who joined the International Brigades  – 250 from the New York waterfront alone and hundreds more from other poor waterfront cities. Both were killed in Spain

Harry Hynes and Joe Bianca were both important in the long struggle to organise American maritime workers.  They were instrumental in the formation of the Marine Workers Industrial Union (MWIU) in the early 1930s. The MWIU was formed largely by former members of the Industrial Workers of the World (IWW) and by members of the Communist Party. It was an industrial union, as opposed to a craft union, and made a sustained effort to build unity among black and white maritime workers. Although it lasted only a few years, it laid the basis for the formation of the  National Maritime Union (NMU). During the Cold War, all communist members of the NMU were expelled. In 2001, NMU merged with the Seafarers International Union of North America.

Harry Hynes was an British seaman who sailed out of American ports. He had studied at the University of Melbourne, Australia and had attended the Officer Training School in England during the 1st World War. Harry had been a member of the IWW and later a dedicated Communist. He was the first National Secretary of the MWIU and had a leading role in the launching of the important newspaper Waterfront Worker on the San Francisco docks and the I.S.U. Pilot (I.S.U. = International Seamen’s Union) in New York. Along with others of the MWIU leadership, he and Joe Bianca were revered for their “courage, honesty and selflessness” [1]. Bianca was also revered for by none other than Harry Bridges for his knowledge of unionism.

Harry served with the Lincoln Battalion and Washington Battalion, Machine-gun Company. He was killed in action at Brunete, 9 July 1937, one of the first American seamen to die in Spain. 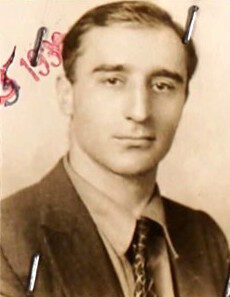 (Joe) Louis Joseph Bianca, a pioneer in the organising of maritime workers

Joe Bianca was an Italian-American who went to sea in 1924 at age 19. Like Harry Hynes, he was a pioneer in the organising of maritime workers, and also like Harry, he helped lay the basis for NMU. In the 1920s, Joe traveled from port to port educating and organising fellow maritime workers. 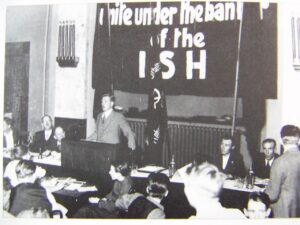 The ISH Congress, Hamburg in 1932, in which Joe Bianca participated

He had been a member of the IWW, but joined the Communist Party in 1927. In 1931, Joe was elected to the National Board of the MWIU. He continued organising maritime workers into the new militant MWIU, despite the fact that there were no funds to support even the top officers of the new union, and he often didn’t have the price of a cup of coffee and had to sleep on the floor of the union hall. Joe’s influence grew, such that in 1932 he was sent as the MWIU delegate to the congress of the International of Seaman and Harbour Workers (ISH) in Hamburg.

Joe Bianca was described as an agitator rather than as a leader in the conventional sense, a man of absolute dedication. His fighting qualities found outlet during the West Coast strikes of 1934 and 1936-1937. 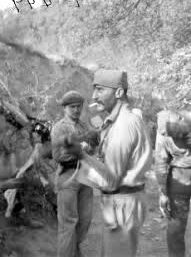 Joe arrived in Spain in June 1937 and became part of the Lincoln-Washington Battalion. According to fellow Lincoln, George Kaye, (who wrote the story about Joe Bianca “We Couldn’t Believe It…” from which most of the following quotes originate) “from that moment until the moment of his death he was an acknowledged leader of the men. It was during this year of ceaseless action that we all learned to love and respect this hard and fearless man, who’s most outstanding characteristic was his sound common sense. Through Quinto and Belchite, on to Fuentes de Ebro and the Levante Joe was always there, giving advice, helping out, sending no one to any place he would not go himself.” [2] 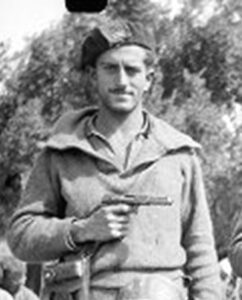 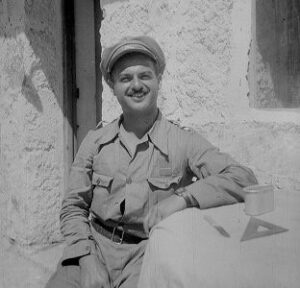 George Kaye, author of “We Couldn’t Believe It…” For photo credit, please hover the photo

“The “Big Retreat” started and Joe devoted every moment to the section he commanded. Miraculously escaping death, a dozen times, he led his men – men who obeyed every command and trusted their tried and experienced leader. From Caspe he was sent to rest in Valls, and the Batea-Gandesa action took place while he was on leave. But he rushed back to the front and contacted the Battalion on the east coast of the Ebro immediately launching into the work of reorganization. He was commander Mike Pappas‘ right-hand man, and greatly through his efforts our Company was in fighting trim when marching orders came. In the days of action that followed the crossing of the Ebro he played the role that was always expected of him – he was here there, and everywhere, placing the guns, directing the fire.” [3]

“Then the unexpected happened; something happened that we were beginning to believe was impossible.” [4] Joe was killed on 19 August 1938 in Sierra Pandols during the Ebro Offensive. He was considered by his Commander, Milton Wolff, “the best soldier“ [5] in the Brigade.