“The “The Address” – an Everyday Story from Madrid by Ruth Berlau 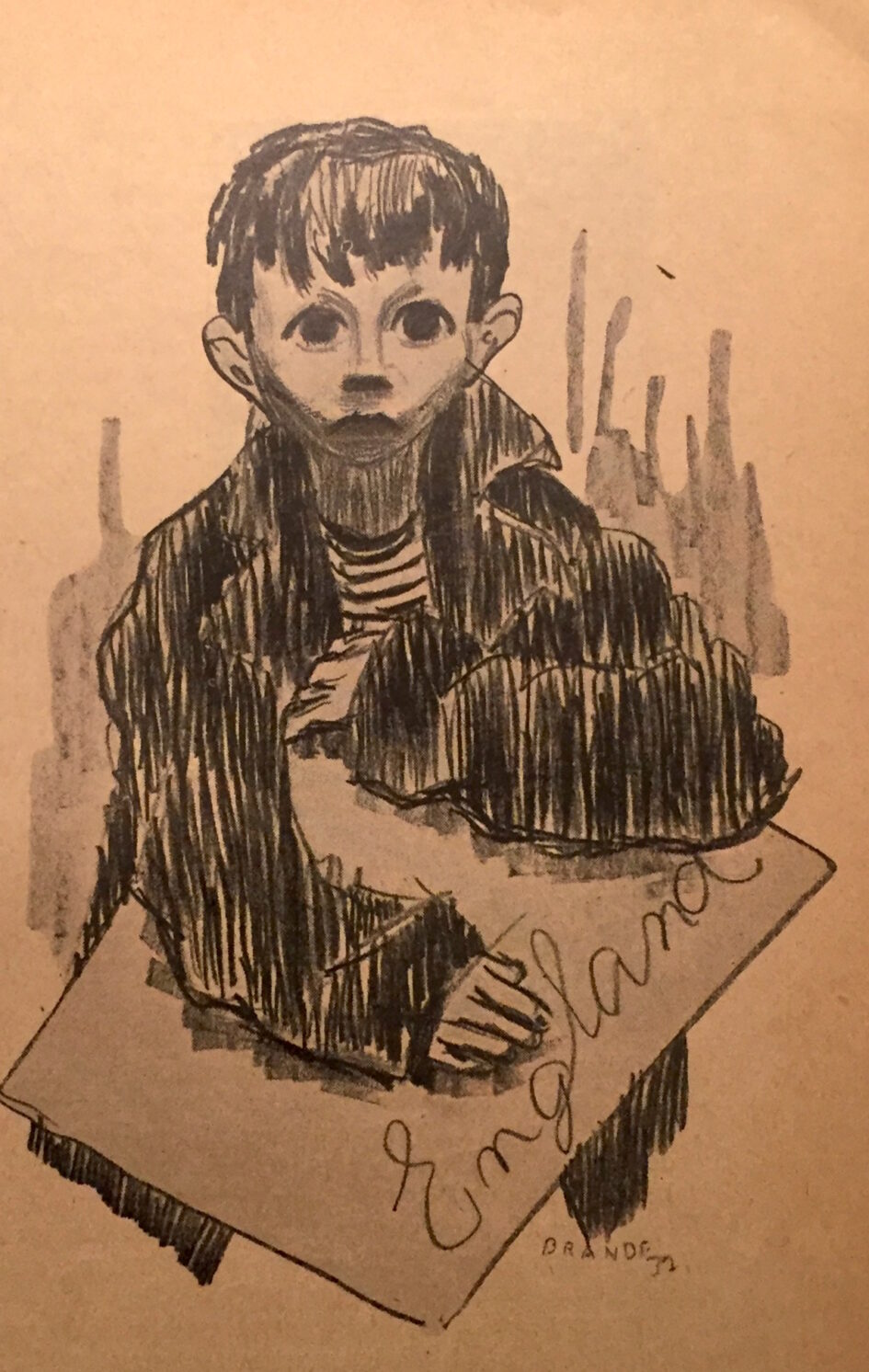 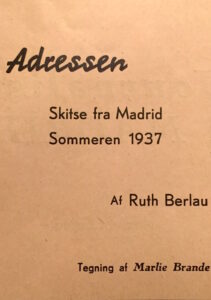 The cover of “The Address” by Ruth Berlau

I guess that he is ten, maybe twelve years old. The boy at the post office in Madrid, packet under his arm. He has a pale and narrow face and big, big eyes. He has been standing in the exact same place for a long time pressing the package firmly under his arm.

What’s in the package? What is he doing here? He is pushed back and forth, he stumbles slightly, but never loses his grip on the package. People come and people go, send telegrams, buy stamps, ask for letters at poste restante, read their letters, before they step out into the sun again.

The sun is shining over Madrid, life takes its course as if Madrid was not actually the front. 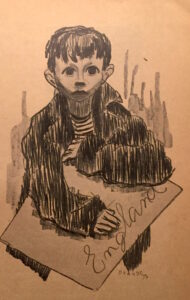 Marlie Brande’s drawing for “The Address” by Ruth Berlau

There is, however, something disturbing about the boy with his package. Something inexpressibly painful about a child this serious. It is as if he suddenly makes a decision. He approaches a desk. His long, skinny boy’s arm reaches for the penholder. He is writing, his eyelashes are black and touch his cheeks. Only this single word: “ENGLAND”. He moves towards the counter with his package. There is something powerful about this small sensitive figure, who refuses to be turned away despite the incomplete address and shrugs.

– “Unwrap your package,” they tell him. – What’s in it? What do you want?” He calmly unwraps his package, a nice veneer plate emerges. “I used to collect butterflies on it,” he says. Now holes have been drilled and shrapnel tied with twine. –“What is this?” A cornflower blue child dress is held up, one of the sleves is red. The boy looks at it. – “It belonged to my sister. My mother had told me to look after her. I placed her in the park over there on the grass, when I returned, she was dead. It was this one,” he point down at a specific piece of shrapnel. Then he wraps the cornflower blue dress around the light veneer plate, picks up the paper and rewraps the packet. In a firm and confident voice, lifting his head and looking, just looking so your heart aches, he says: “There has to be an address.” He gets no answer. Everybody stays silent. – “The thing is,” he then says, “yesterday my mother told me that it all comes down to England.” He suddenly turns around and leaves – upright and confident. On the counter lies the packet with a word written in a large and clear handwriting: “E N G L A N D”.