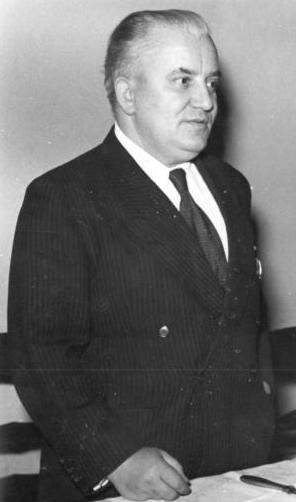 Having his roots in Hamburg among the cigar makers, factory workers and seamen, the writer Willi Bredel’s documentation of the history of the Hamburg workers is unprecedented

Bredel became internationally renowned for his documentary novel “Die Prüfung” (“The Ordeal”), which was translated into more than twenty languages and reached a circulation of over one million copies. In this work, which was published in London and Moscow in 1935, he dealt with the terrible experiences of his imprisonment in the Fuhlsbüttel concentration camp in Hamburg. For the first time in literary form, ”Die Prüfung” introduced the world public to the oppression, suffering and resistance in a concentration camp of the Third Reich.

Willi Bredel was born 2 May 1901, the son of a social democratic cigar maker. After attending elementary school, he trained as a lathe operator in a faucet factory for four year. Bredel’s years as an apprentice also became his political apprenticeship. He became a member of the German Metalworkers’ Union and the Young Socialists in the SPD. 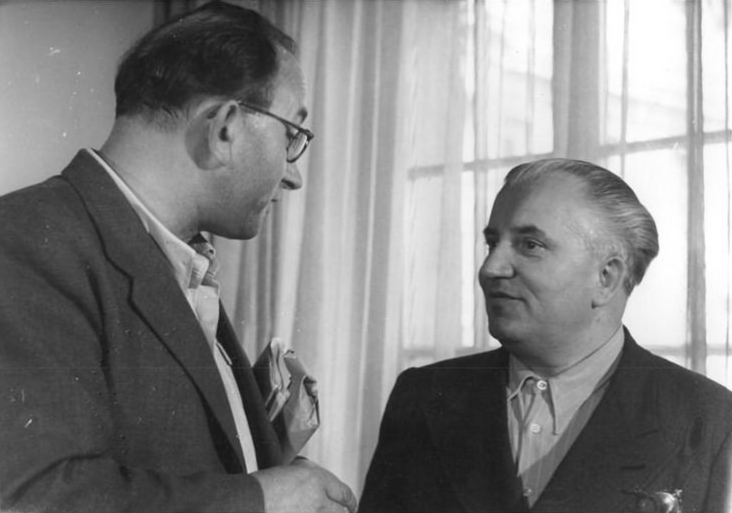 From 1919 to 1922, he worked as an honorary editor of the independent socialist magazine Freie Proletarische Jugend (Free Proletarian Youth). During his incarceration following the Hamburg uprising in October 1923, he wrote his first work “Marat, der Volksfreund” (“Marat, Friend of the People”) [1], which was published as a booklet by the Communist Party of Germany’s newspaper Hamburger Volkszeitung, HVZ (‘Hamburg People’s Daily’) at the beginning of 1926. 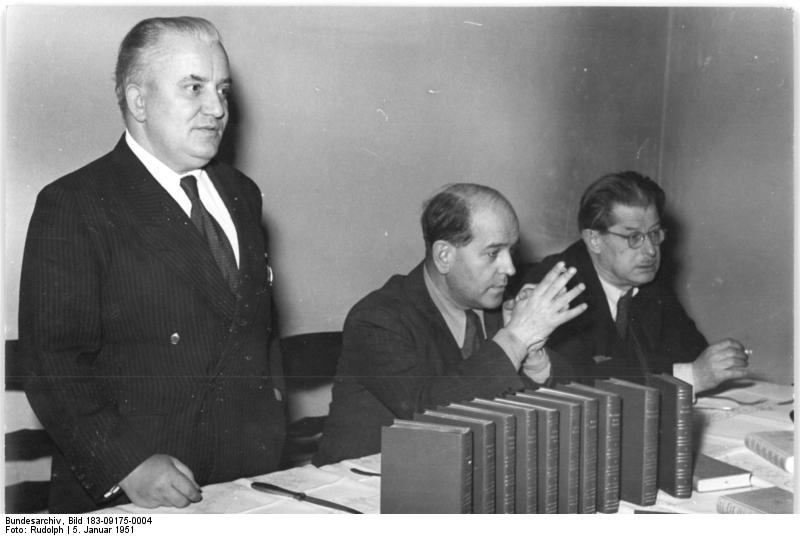 Seaman in the Mediterranean

October 1926 to August 1927, Bredel undertook seven Mediterranean voyages as an engineer and greaser on the freighter Barbara, during which he got acquainted with numerous port cities in Spain, Portugal, Italy and North Africa while writing travel correspondence for the HVZ.

Shortly after his departure, Bredel found employment as a lathe operator at the machine factory Nagel & Kämp. Here, he sought to promote the interests of his colleagues and they soon elected him as their representative of the Revolutionäre Gewerkschafts Opposition (Revolutionary Trade Union Opposition). In June 1928, Bredel was fired. Being the editor of HVZ, in 1930 he is sentenced to two years imprisonment by the Reichsgericht (Imperial Court of Justice) on account of two ‘disagreeable’ articles. During his incarceration, Bredel wrote his first fictional novel “Maschinenfabrik N & K” (“The Engineering Firm N & K”) in which the factory serves as a micro cosmos of social fascism. Two more small novels follow about the proletarian everyday life.

1 March 1933, two days after the Reichstag Fire (27 February 1933) Bredel was arrested and transferred to the Fuhlsbüttel concentration camp. After 13 months incarceration, during which he spent 11 months in solitary confinement and suffered severe maltreatment, he was released. Bredel fled to Prague where he wrote his documentary KZ novel “Die Prüfung”. 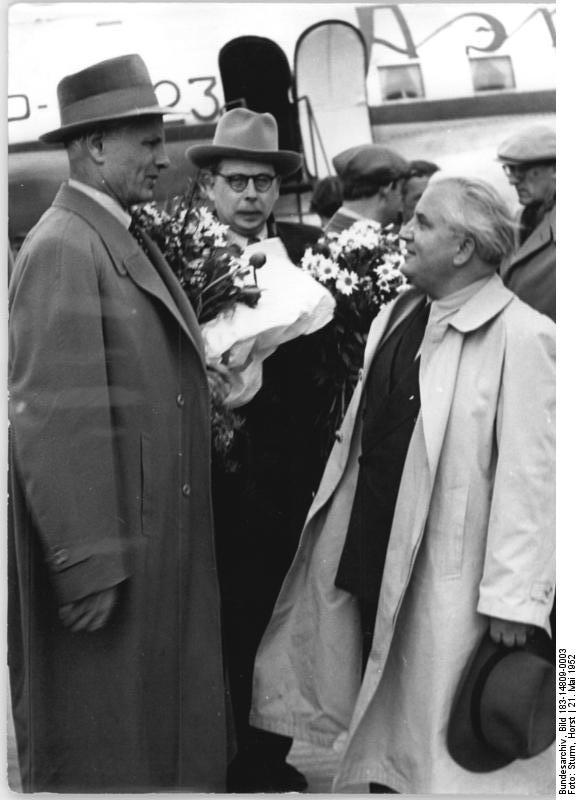 In November 1934, he moved to Moscow. In 1936, Bredel started the antifascist literary exile magazine Das Wort (The Word) together with writers Bert Brecht and Lion Feuchtwanger. In July 1937, after participating in the Second International Writers’ Congress for the Defence of Culture in Valencia, he joined the International Brigades in order to defend, weapon in hand, the Spanish Republic against the Franco Putschists.

Mid-November 1937, Bredel was appointed War Commissioner of the 11 International Brigade and remained in Spain until June 1938. His chronicle novel “Begegnung am Ebro” (“Encounter on the Ebro”) is based upon his experiences in the Spanish Civil War. It was first published in German at the end of 1938 by an exile publishing house in Paris.

Shortly before the outbreak of the Second World War, Bredel returned to the Soviet Union on the last pre-war vessel on the shipping route between Le Havre and Leningrad. Following the attack of Moscow by Hitler’s Germany, he actively tried to raise awareness about the Soviet Union by writing numerous leaflets for the German soldiers and by discussing with German prisoners of war. Later Bredel became active in loudspeaker operations on the front lines of Voronezh, Stalingrad and Kiev.

He was one of the founding members of the National Committee for a Free Germany (founded 12 July 1943), an anti-fascist organisation with the primary objective of overthrowing Hitler.

Plaque for Willi Bredel at the memorial for the socialists at the central cemetery in Friedrichsfelde in Berlin-Lichtenberg. Photo Rene Senenko

The first volume of his trilogy “Verwandte und Bekannte” (“Relatives and Acquaintances”) was published in the midst of the war. In this work Bredel shapes the fate of three generations of a Hamburg working class family and thus covering the development of the German labour movement from 1871 to 1948.

At the beginning of May 1945, he arrived in Mecklenburg as a member of the Sobottka Group (Ulbricht Group) initiated by the KPD. The group was to provide the foundation for re-establishing communist unions and organisation in Berlin after the war. Bredel took part in the reconstruction work in Rostock and Schwerin. He was elected chairman of the Democratic Cultural Association in Mecklenburg-Vorpommern and committed himself to the development of a new, anti-fascist culture.

From 1950 until his early death on 27 October 1964, Bredel lived in East Berlin as a writer and cultural politician. 1956 he was appointed Vice President, and in 1962 President, of the Akademie der Künste (the German Academy of Arts).

[1] Jean-Paul Marat 24 May (1743 – 13 July 1793) was a Swiss born, French physician, politician, political theorist, scientist and journalist, who was a fierce advocate of the rights of the working class. His newspaper, L’Ami du peuple (Friend of the People), was his political mouthpieces during the French Revolution.

We thank the Willi-Bredel-Gesellschaft Geschichtswerkstatt e.V. from Hamburg and the author Hans-Kai Möller for the permission to use and adapt the text.