Michail Jakusjin and Marius Christensen – Bound Together by History 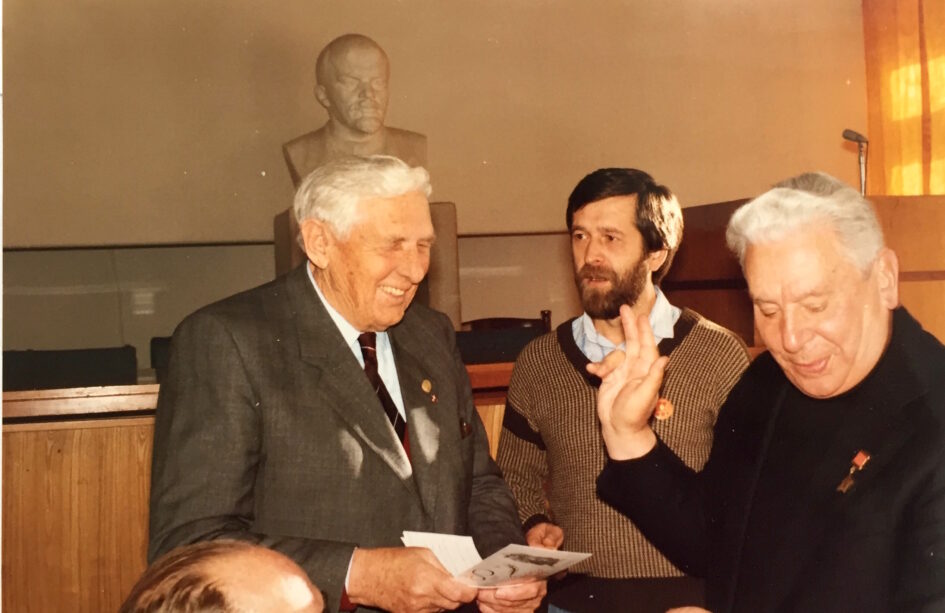 Michail Jakusjin and Marius Christensen were part of the same event. It laid the foundation for their friendship and became the axis around which their friendship revolved. In 1937, Marius Christiansen was a Danish volunteer in the Spanish Civil War and Michail Jakusjin a Russian pilot in the Spanish Republican Air Force. 49 years later the two veterans of the Spanish Civil War met up in Copenhagen and two year later, in Moscow

The latter part of the hi(story) began in 1986, when a monument was erected in Churchillparken (the Churchill Park) at Esplanaden (the Esplanade) in Copenhagen commemorating the Danish combatants who fought in the Spanish Civil War. Present at the unveiling was a very special guest.

In the summer of 1986, Marius Christiansen [1], chairman of De Danske Spaniensfrivilliges Forening (the Association of Danish Volunteers in Spain), was at the library reading news papers from the period of 1936 to 1938. By sheer coincidence, he came across an article about an event in which he himself had participated. In the article, the name of a certain pilot is mentioned.

Through the Soviet Embassy in Copenhagen, Marius came in contact with the pilot, Michail Jakusijn [2] and invited him to attend the dedication of the Danish monument.

Several foreign veteran combatants in the Spanish Civil War attended the unveiling of the monument, volunteers who had fought side by side with the Danes. One of the more prominent guests was the Russian pilot Michail Jakusjin, who made his mark on world history by being the first pilot to shot down a fascist aircraft in nighttime air combat. 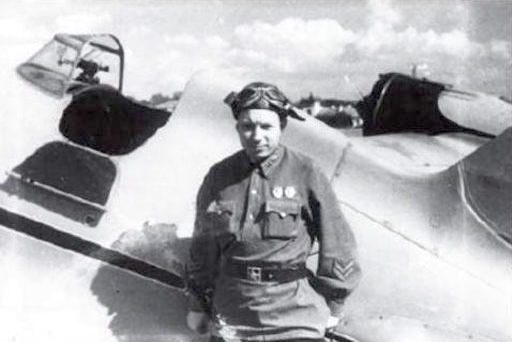 The event caused quite a stir at the time. The world press wrote about it and Michail Jakusjin was honoured for his deed by then Prime Minister of Spain, Juan Negrín y López.

For Marius, the downing wasn’t significant because of the world historical aspect, but because the downing saved his life.

Marius recounts: “I was a ambulance driver in the XV Brigade, and during the Brunete Offensive we had enough to do; I transported the wounded from the front to the field hospital night and day, so one evening when I had the opportunity to take a nap, I lay on a stretcher alongside the ditch between two tents. At night, I was awakened by the sound of a scouting plane. Then came the bomb. I immediately rolled down into the ditch. Then, first a flash followed by a bang; earth, limbs and what have you scattered around. Then silence, the bomber’s engine in the darkness of the night being the only noticeable sound. I came out from under the perforated and collapsed tent and looked for the damn fascist airplane, suddenly I see track bullets from another airplane that downs the bomber.”

The pilot of ‘The other airplane’ was Michail Jakusjin.

The 80-year anniversary is to be celebrated Russian-style

Two years later, in 1988, Marius turned 80 years old, and the two friends, Marius Christiansen and Egon Gissel [3] had agreed to celebrate the birthday in Moscow—Russian style—with caviar, vodka and champagne. While they were there, they might as well call Michail and invite him to the party. 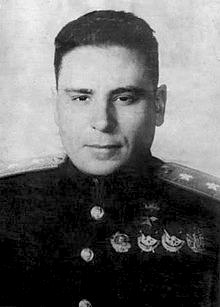 And that is just what they did. Michail gladly accepted the invitation and showed up … with a delegation from the Soviet Committee for War Veterans headed by Lieutenant-General of the Air Force, Alexander Osipenko.

The Russian guests insisted on awarding the two Danish comrades medals at a special ceremony at the premises of the Committee located in the centre of Moscow. And ceremonial, it was; the Russians spoke grandly about valour and solidarity and praised the Danes, who have a high standing in the International Brigades. 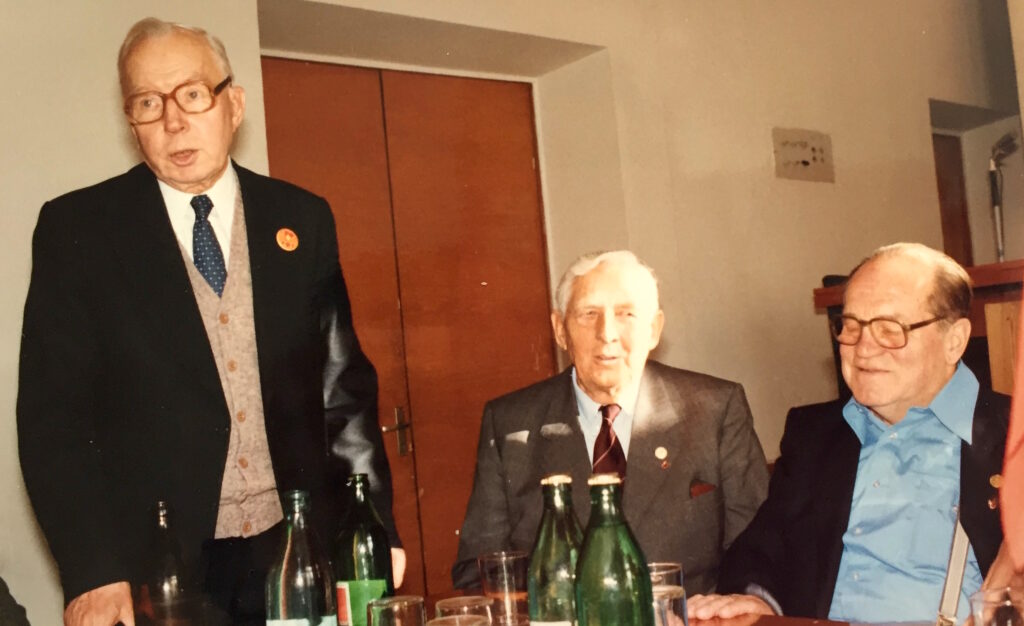 In addition to the Russian veterans of the Spanish Civil War, Spanish veterans also attended the award ceremony. They all shared memories from the war years and begrudgingly several of the veteran combatants had to stop their recounts when the memories of their abused commerates became too overwhelming. 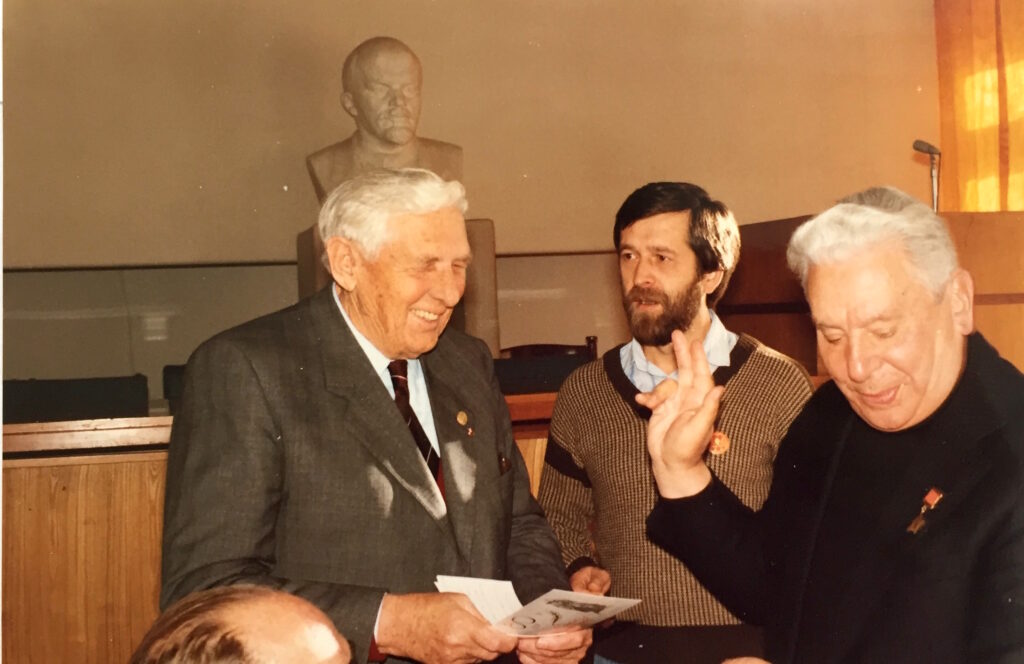 The two Danish guests of honour retained their composure and were able to share how things had turned out for themselves and the other Danish volunteers after the civil war and how many of them were still around.

Michail and Marius’ strongest memory was the downing of the bomber at Brunete. It was the axis around which their friendship revolved. As Marius told his friend — “That night we saved a lot of lives—from above—you as a pilot—from below. me as an ambulance driver”