By Friends of the XI International Brigade

88 years ago, on 30 January, President of the German Reich Paul von Hindenburg handed over power to Hitler. On 2 February 1933, after the dissolution of the Reichstag (Parliament) and the occupation of the Reich- and district headquarters of the KPD by the police, the terror against the labour movement began.

Resistance fighter and brigadist Willi Bredel wrote: “They did not bow their necks in cowardice, even when the executioner raised the axe over their heads. With brave hands they put a spanner in the works when it was necessary to save our people from the disaster of a world war. Many of them paid the ultimate price, their lives, and gained immortality.”

This year the Deutsche Kommunistische Partei, DKP (German Communist Party) from Hamburg was among those who called for the commemoration. Leading DKP comrades presented their membership book to young comrades in front of our fighters’ graves. By joining the ranks of the DKP, they committed themselves to never stop the struggle against fascism and war!

Regrettably, no official representatives of the Sozialdemokratische Partei Deutschlands (Social Democratic Party of Germany) and the trade unions came to the grove of honour. 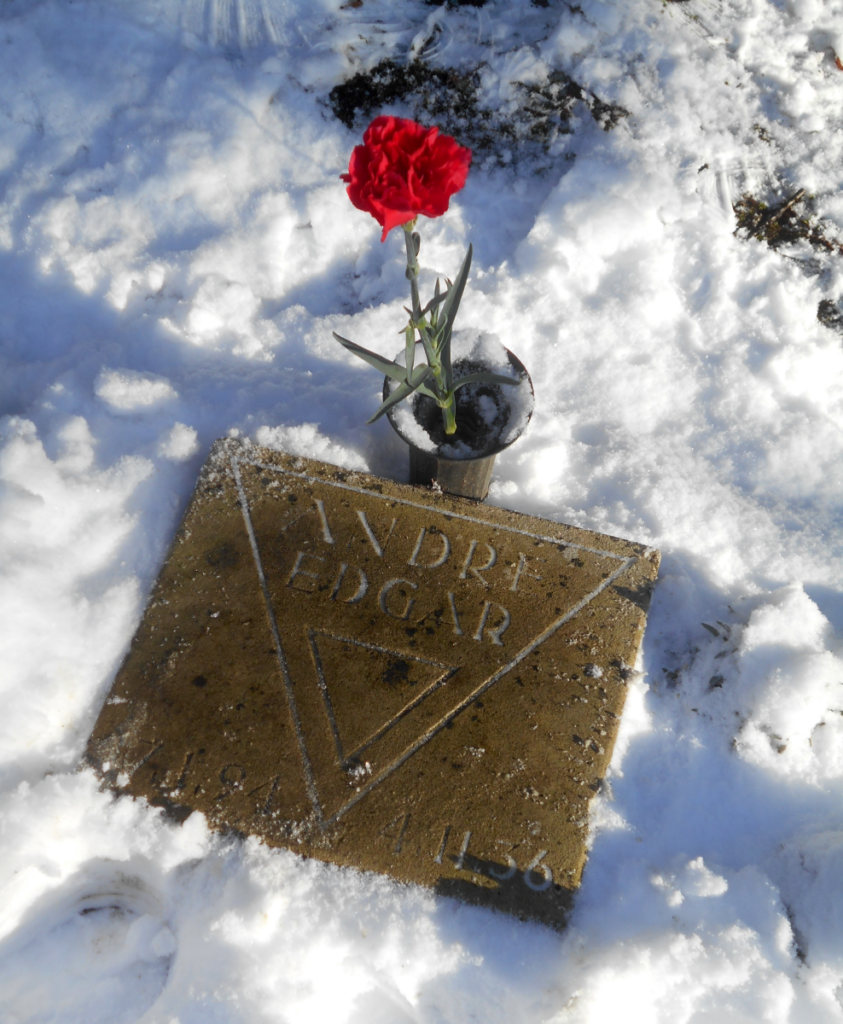 Edgar André’s gravestone in the Memorial Grove for the Hamburg Resistance Fighters, 30 January 2021

Fiete Schulze’s gravestone in the Memorial Grove for the Hamburg Resistance Fighters, 30 January 2021

Honouring Hamburg resistance fighters at their graves, view of the memorial wall, 30. Januar 2021

Honouring the Hamburg anti-fascists at their graves with a view of the sculpture, 30. Januar 2021

Memorial wall of the Hamburg resistance fighters and young comrade of the DKP, 30. Januar 2021 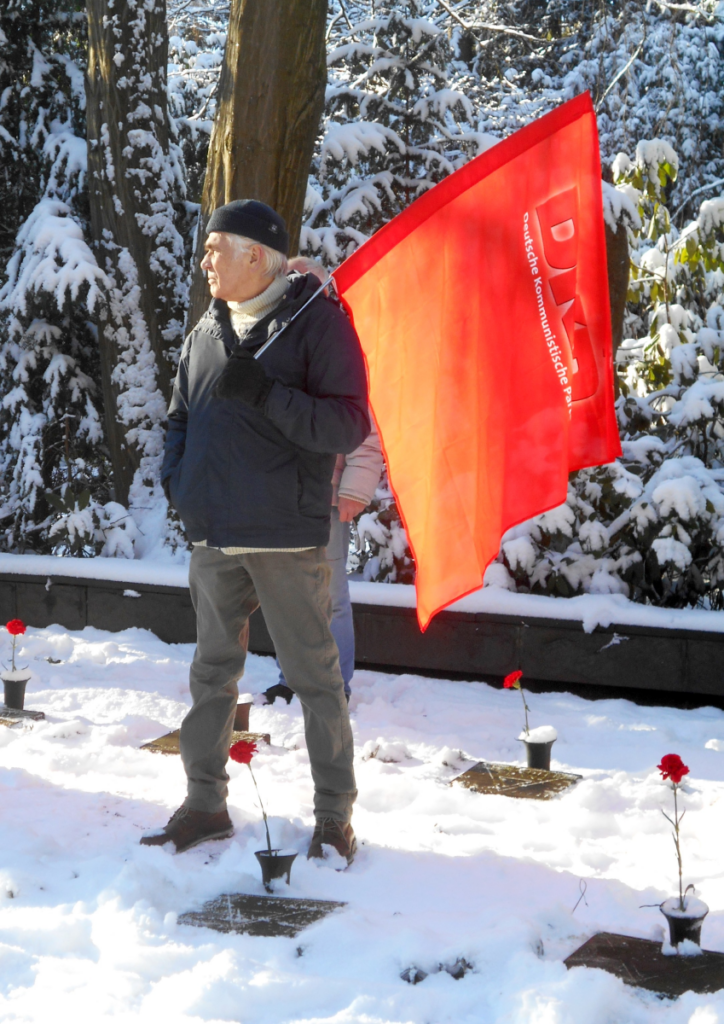 Honouring Hamburg resistance fighters: Participant in the commemoration with the DKP flag